I will never forget the moment I called Emelia and told her that the magistrate had denied my petition of habeas corpus.This was the first time I had ever cried with the woman I love. I had truly believed we were going to win and that I would be going home. I am innocent after all and the facts prove it.

This denial came over two years ago and since then there have been many tears shed. There has been a deep and binding strength in the love Emelia and I share. She promised me then that she would always be by my side and that we were going to be okay. Today our love is stronger than it has ever been before.

Since that denial we have been through so much in the fight for my rightful freedom. My case made it all the way to the Ninth Circuit Court of Appeals where we won the most favorable ruling to date. In a simple six page ruling overturning the magistrate’s denial, the Ninth Circuit Court said the evidence my trial lawyer failed to introduce at trial would have “significantly strengthened” my defense. They went on to say “Indeed, if believed, the additional evidence would have rendered it virtually impossible for O’Brien to have committed the murder with which he was charged“

Those of you who know about the criminal justice system know how rare such words are. Based on this ruling all we now have to prove is that we have the evidence. Proving this will not be difficult. Over 90%of the evidence proving my innocence comes from the police’s own investigation. Yes, the cops, the prosecutors, and the government knows I am innocent. Thankfully it will all come to light at my evidentiary hearing January 17-19th 2017.

Even after getting the favorable ruling from the Ninth Circuit Court it has been a long fight to get the hearing I am entitled to. It has been over a year of waiting and fear. Not to mention those tears. Anyone with a loved one in prison can understand the pain of separation, uncertainty and endless amounts of waiting.

Back in March when we had our status conference with the magistrate- the same one who had originally denied us- some of the first words out of her mouth were: “When this case goes back to the Ninth Circuit”… She practically came out and told us she was going to deny us again! This led to so much pain and fear. We were worried that she wouldn’t even allow us to present the evidence which we are entitled to. She clearly didn’t understand my case and even called the evidence ‘cumulative’ and ‘hearsay’. The same evidence the Ninth Circuit had ruled making it “virtually impossible” for me to be involved! Basically this magistrate was implying that all the factual evidence proving my innocence was irrelevant to her.

My lawyers took everything seriously and have fought to educate her to the serious relevance of our evidence. My lawyers have shown her it is not cumulative or hearsay but very real. It changes the “facts” of the case completely. And in a complete reversal of attitude the magistrate granted us everything we were asking for. When they hold my evidentiary hearing every issue that proves my innocence will be heard. We get to call every single witness that we want to. We get to bring out all the evidence that proves me factually innocent. The magistrate is even allowing us to call upon the original prosecutor in my case as a witness; which is nearly unheard of in the criminal justice system! But due to his actions in my case, actions that had they been committed by anyone else would be considered crimes, he has a lot of explaining to do. This magistrate that had once denied us finally agrees.

After all the fear, uncertainty and pain we are once again filed with so much hope. Our faith in God, each other, and our love has carried us through the darkest moments we have faced. Now we are in the light. We see the end and we know my freedom is coming.

Thank you for your prayers, thoughts, and well wishes! 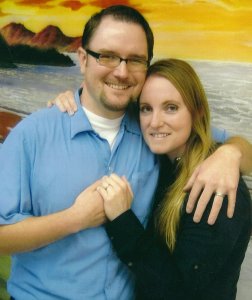 Sean O'Brien was wrongfully convicted in adult court in El Dorado County, California and sentenced to Life Without Parole at the age of 16 without a shred of physical evidence tying him to the crime for which he was convicted. Sean and I have been friends since grade school and we were married in 2017. We live and grow together in love with the knowledge of his innocence, our faith, and hope for our future. We embrace this journey, wherever it may take us, cherishing each moment we have together and staying true to our hearts. This blog is about the past we share, our life together and our fight for justice. Thank you for reading. God bless.
View all posts by Sean & Eiam →
This entry was posted in wrongful conviction and tagged Corcoran State Prison, JLWOP. Bookmark the permalink.