Our most recent Family Visit was November 20th, just in time to celebrate our own little Thanksgiving. My drive there was mercifully uneventful this time and I arrived with no difficulties. After our intial 5 minute hug Sean’s eyes lit up. “Come see what I found!” he said in an excited but hushed voice. I knew it had to be a critter of some sort but the weather was probably too cold for lizards or toads, and we were inside so I was really intrigued. Sean led me to the bedroom window where at the very top of the screen there was a big green adult praying mantis. I was really surprised to see it inside our unit, Sean said he had spotted him as he was walking past the window to come into the unit. It was also the first time we had seen one at Family Visit. We are usually only visited by the typical uninteresting insects such as flies and cockroaches (bleh!). We haven’t seen Boss the toad since that first time we found him, and a handful of times we have had lizard sightings but only once was Sean able to catch a tiny baby lizard, but that was over a year ago.

We stood together at the window just watching the praying mantis for a while, the breeze blew in and we were quiet. Life stills when you observe an animal or a creature. It is something that brings us together and it was a really peaceful moment. The praying mantis seemed completely content to just hang out on the window screen. We attempted to feed him flies Sean had caught but he was mostly uninterested. Sean named him Samurai. We kept him inside with us the entire Family Visit, careful not to touch him or hurt him when opening and closing the window and blinds. Surprisingly he stayed right there at the window the entire time. We would go check on Samurai throughout the visit and observe him, watching him and telling him to let Boss know we were thinking about him. At the very end of our time together, we gently released Samurai into the grass in a nice sunny patch where he climbed onto a bunch of lush green clovers. We knew he needed to be outside where he could be free and that the next occupants of the Family Visit unit might not be as kind and careful with him as ourselves. I wanted to take him back with me to a nicer place than the prison but I didn’t think he could make the drive and I thought perhaps he would be happier in his own climate.

When I looked up praying mantis symbolism online it says: “It will come as no shock that this insect is the paramount spiritual symbol of stillness and patience. It takes care to pay diligent attention to it’s surroundings, moving through life and it’s own pace.”… “The symbolism of this insect also includes patience, awareness, intuition, and creativity.” also “In turn they teach us to be patient and wait. As the old adage says, good things come to those who wait. This is the very essence of good luck.”

How fitting. I love it. 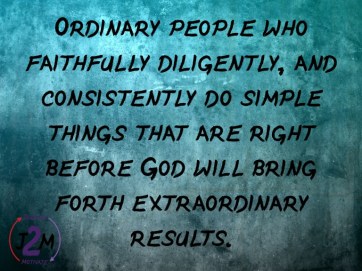 For those asking for updates: the magistrate still has NOT made a ruling from the Evidentiary Hearing held in federal court in January 2017. Nearly 3 years, still no ruling, not a word not a clue. Thank you for your prayers.

Sean O'Brien was wrongfully convicted in adult court in El Dorado County, California and sentenced to Life Without Parole at the age of 16 without a shred of physical evidence tying him to the crime for which he was convicted. Sean and I have been friends since grade school and we were married in 2017. We live and grow together in love with the knowledge of his innocence, our faith, and hope for our future. We embrace this journey, wherever it may take us, cherishing each moment we have together and staying true to our hearts. This blog is about the past we share, our life together and our fight for justice. Thank you for reading. God bless.
View all posts by Sean & Emelia →
This entry was posted in life in prison, marriage and tagged Family Visit, love, marriage, patience, praying mantis. Bookmark the permalink.